You see I didn’t set out to educate traders.

You see not many trading educators do as I do since they flat out don’t trade.

In the late 90’s I was a member of one of the most popular Australian trading forums. From memory there were over 2,000 members, which today may not sound like many, but back then was quite a lot. However most of the members never posted. I was one of only 5 or 6 traders who posted live trades with the analysis behind it. So the majority of members were voyeurs watching the few of us trade. It was good fun and a valuable chat room with no BS for those wishing to watch and learn.

I didn’t have a web site then.

I was a private trader doing my own thing.

I was a private trader who from time to time would share some of his live trades on a popular forum.

As you can image us few traders were critical of the many so called “experts” in the trading education field and the banter and criticism was colourful and entertaining.

And at the time the majority of our colourful criticism was leveled at a particular Australian trader education business specializing in W.D Gann. They offered courses ranging from $1,500 to $20,000. At the time they boasted they had successfully taught over 20,000 people to trade.

Certainly at the time in the late 90’s they were giving trading “education” a bad name amongst experienced traders.

Well at that time an ex-employee of theirs left the business and subsequently joined our trading forum.

In the beginning he was well behaved posting harmless comments.

And then he posted an example of an archaic left of field tool discussing how useful it could be to a trader.

Well, that was like a red flag to a bull and I reproached him for introducing an unproven and subjective idea on a “traders” forum. I suggested the only reason why he would post a non-trading chart was to help promote himself and his new trading course that he had recently launched.

I said words to the effect that he was just trawling for business.

I said words to the effect that he was promoting false ideas and was taking advantage of new private traders.

I then declared that I would go off to the Australian Securities and Investment Commission, get myself licensed, set up a website, make available a simple mechanical model (SpiTrader, which I later renamed IndexTrader), trade it with real money in real markets and make my real time results available.

I said I would demonstrate how a real trading educator should educate, and that was by demonstrating that they actually traded what they taught/sold/promoted.

I also told the ex-employee that I would not reply to any of his posts on the forum as I knew he would only make me look foolish with his smooth and clever words. This ex-employee was a superb wordsmith – one I didn’t want get into a slanging match with.

That all happened in the late 90s.

Well I did what I said I would.

I learnt how to build a website in Microsoft’s Front Page.

I put the web siteup on the internet.

I made available (for a price) a simple mechanical model.

I released SpiTrader to the public in 2001 and renamed it IndexTrader in 2003.

So I finally achieved what I said I would in 2001.

I traded my simple mechanical model with real money in real markets.

I made my real time results available.

I demonstrated how I thought someone should go about educating traders, by demonstrating that they actually trade what they taught/sold/promoted.

That was a long time ago.

I still trade that same simple mechanical model in real markets with real money as part of my newsletter IndexALERT.

And to my knowledge, I’m one of very few traders who educate who can demonstrate that they actually trade what they teach/sell/promote.

And since I originally put up my website I have maintained my philosophy behind why I did it.

And that is 100% transparency.

I personally trade everything that is available off my web site.

And very, very few other owners of trading web sites can say the same.

If people choose to select a newsletter or model off my website they can elect, if they choose to, to be able to watch the vendor (me) personally trade what they have selected/purchased, whether it be one of my models via a Daily Study Guide or newsletter.

You see, I’m very unusual in this business of trading education.

People can actually watch me personally trade everything I make available off my site.

And this all started because I took exception to a self serving gentleman who at the time was an ex-employee of a particular Australian trader education business. 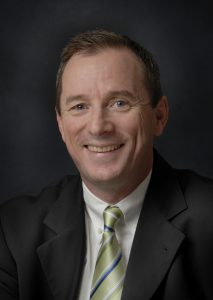 Disclaimer: Figures shown on this website are hypothetical showing the results of trading 1 futures contract per signal. $50 has been deducted for brokerage and commission. Please be aware hypothetical, past or actual results DO NOT indicate future success. Hypothetical results may under, or over compensate, for the impact, if any, of certain market conditions, such as but not limited to, poor liquidity, poor execution, competitive or expensive brokerage etc.

Active trading carries a high level of risk and may not be suitable for all people. The high degree of leverage provided by futures can work against you as well as work for you. Before deciding to trade you should carefully consider your investment objectives, level of experience, and risk appetite. The possibility exists that you could sustain a loss of some or all of your risk capital and therefore you should not trade money that you cannot afford to lose. You should be aware of all the risks associated with active trading and seek advice from an independent financial adviser if you have any doubts.

Under Chapters 6D and 7 of Australia’s Corporations Act 2001 I am authorised to carry on a financial services business to provide general advice on futures to Australian wholesale clients. Accordingly any opinions, conclusions and or other information expressed by myself do not contain personal advice. Visitors will need to with, or without the assistant of a person licensed to give personal advice, to determine whether any general advice expressed by myself is appropriate for them given their particular needs, financial situation and investment objectives.